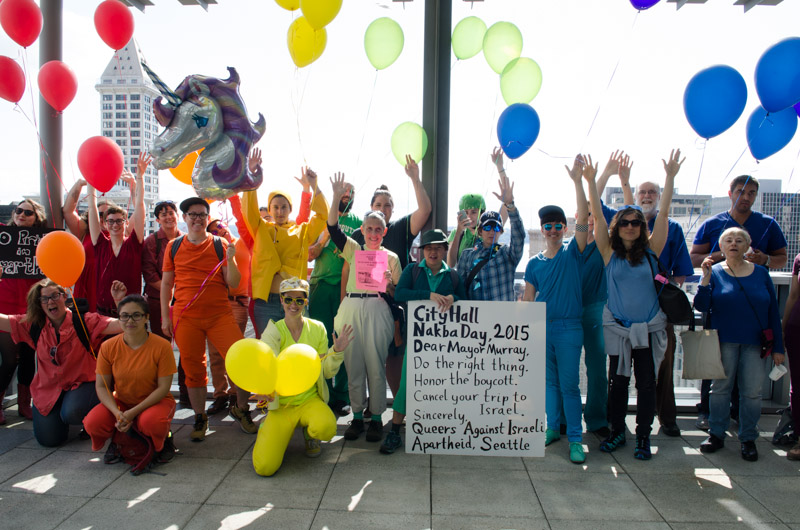 Seattle Mayor Ed Murray is planning a trip to Israel this coming June. He’ll be keynoting a pinkwashing conference organized by A Wider Bridge (the Israel advocacy group that partnered with StandWithUs to organize the pinkwashing tour we protested in Seattle in 2012).  He’ll also be engaging in a “business and trade mission” to Israel with the Seattle Trade Alliance.

Write to Ed Murray (ed.murray@seattle.gov) and tell him to honor the boycott of Israeli apartheid and refuse to participate in pinkwashing Israel’s brutality. There is No Pride in Apartheid!

Here is QuAIA Seattle’s page of talking points for your letter to the Mayor and sample letters.

Read an article in the Seattle Times and an op-ed in the Stranger about the Mayor’s trip.